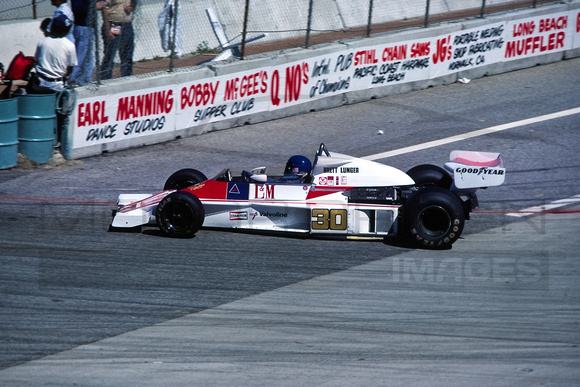 1978 was the 3rd running of the Grand Prix on the streets of Long Beach. It was generally liked by the drivers but because of it being a street circuit it was very challenging and gained a reputation for being hard on the machinery.


The track also got a reputation for being Ferrari friendly as Ferrari drivers Carlos Reutemann and Jacque Villeneuve qualified one and two.


For much of the race the battle was among Villeneuve, Lauda, Jones, and Reutemann. All but Reutemann had car failures and he cruised to the finish followed by Mario Andretti's Lotus 78.