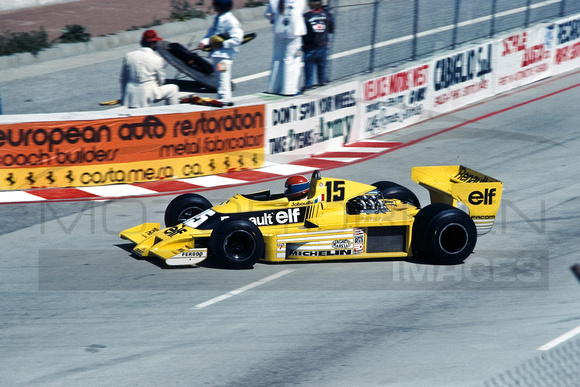 1979 was the fourth year that the City of Long Beach hosted the Formula One circus. We hope you enjoy your walk down memory lane. By the way, Jody Scheckter became the Formula One World Champion that year.


Canadian Gilles Villeneuve captured pole, fastest lap and the win for Ferrari followed by teammate Jody Scheckter as Ferrari took a big step toward reclaiming the Constructor's and Driver's Championships from Lotus. Villeneuve's second straight win came by almost half a minute over Scheckter. Alan Jones joined them on the podium for Williams. It was the third win of Villeneuve's career, his second consecutive, and the third United States Grand Prix win in a row for Ferrari.


Qualifying was a battle between Ferrari, Lotus and Ligier, and, as is usually the case at Long Beach, the circuit was littered with broken cars by the end of each session. Carlos Reutemann in the second Lotus, held the pole until the very end of the final session, when Villeneuve bumped him.