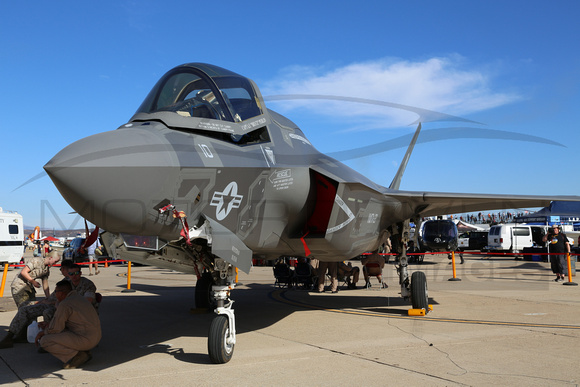 This year marked the second public appearance of the new F-35B Lightning II both as a static display and in the air.